Blake began the fusion process, but this time he wasn’t planning on pouring in mana like a maniac. He planned on only adding mana at the end of the day and that was when he was about to sleep.

The next day marked the end of their break and the beginning of their first year in the school.

Blake woke up feeling a bit sore because of the constant pain that came from the fusion process, but having survived the last fusion process that was more than twice his current pain, Blake had developed a thick skin for pain and wasn’t disturbed much by the pain

He had woken up early but he had no plans of attracting the professor’s love or hate to himself, so he decided to wait a little bit so that he could seat in the middle.

He wanted it to be in incognito mode just like when he was back on earth. The front of the class was occupied by the serious students and the middle rows were overlooked by the teachers because their eyes were mostly on the notorious backbenchers.

The first lesson of the day was the non-elemental magic class and it was one of the compulsory lessons that the elite class took separately from the normal class. In this type of class, they would have a different professor, and their lessons would be advanced when compared to the normal classes.

He got to the class on time and after taking a seat in the middle and waited for the professor to arrive.

He looked around the class and noticed that cliques had already been formed even though they came from different dormitories. People like him, Castiel, Damon, Brian, and surprisingly Luciano were not part of any cliques.

A warp gate appeared in front of the class and a slim man in his 40’s came stepped out of it. He had brown hair, amber iris, and normal facial features. His most distinct feature was his cheerful smile that made a good first impression.

“Good day kids. I am professor Gibson; your homeroom teacher and I will be taking our all on Basic magic.” Professor Gibson said as he looked around the class noting everyone’s reaction.

‘He is as friendly and unbiased as they say.’ Blake was excited when he didn’t see any form of contempt in professor Gibson’s eyes.

“Before we go into the topic of the day, I would like to explain my role as your homeroom teacher. I will be in charge of your tests and assignments, that means I have the power to evaluate and grade your performance.” Professor Gibson explained.

“For this lesson, I will be giving you an introduction to the topic of non-elemental magic. Non- elemental magic is also known as arcane magic and it is the opposite of elemental magic.” He looked around to make sure he got everyone’s attention before he continued.

“The difference between elemental magic and arcane is the involvement of stars when casting spells.

For example, before a pyromancer casts a fireball spell, he/she has to draw mana into their stars which refines it and converts it into fire energy. The fire energy gets shaped by the pyromancer, and once it is released, you have a fireball.” He explained while pacing around the classroom.

“But for arcane magic, it involves the manipulation of mana to perform things just like this.” A glowing cube made out of mana formed on his fingertip.

Professor Gibson saw that some of the students were impressed but some saw it as petty tricks.

“Yes.” Professor Gibson gave a noble at the back permission to ask a question.

“What is the use of petty tricks when you have this…” The noble kid grinned as he conjured a ball of flame in his palm.

“Arcane magic isn’t a petty trick, if not we wouldn’t be teaching it.” Professor Gibson said as the glowing cube left his fingertip and moved towards the noble kid.

On getting close to the fireball on his hand, the cube enlarged and covered his hand severing the mana supply and draining the energy of the spell, hence causing the fireball to dwindle in size before it was extinguished.

“Minus 20 points for casting a spell in the classroom without permission.” Professor Gibson said while canceling the spell.

“What the f*ck!” The noble kid protested.

“Minus 50 points for cursing. For those who haven’t read the rules and regulations, please do so in order to avoid unnecessary deduction of points.”

“…” In fear of losing more points the kid sat down and inwardly cursed his stupidity.

(AN: Sorry, I made a mistake about the points in earlier chapters and it will soon be corrected. Points don’t affect one’s position neither will it be exchanged when a high ranker is defeated, rather it can be used to exchange for resources and will be used to determine one’s score at the end of the trimester.)

“As you have seen, arcane magic isn’t petty tricks It has many uses like levitation, mana blast, and so on.” He looked at the kid with a smirk on his face.

“Before the class comes to an end, any questions?” Professor Gibson asked while looking around the class

“Yes.” He said to Blake who put up his hand.

“Professor Gibson, the spell you just used does it drained the mana of anything it encloses?” Blake asked.

“The spell is called mana shackles, and yes it drains the mana of anything it encloses, but sadly it is not meant for your level.” Professor Gibson said apologetically.

‘At least it is better than nothing.’ Blake thought.

There were no more questions after that of Blake, so professor Gibson dismissed the class and left through a warp gate.

‘I must say that was an interesting class, even if I can’t learn it, with your help I would be able to make at least a lesser version of it.’

He had expected the class to be as boring as those back on earth, but surprisingly it was so interesting that it took his thoughts of the constant pain that afflicted him.

Seeing the class had come to an end and it was time for lunch, Blake stood up and left for the canteen.

Unlike their special classes that only had the elite class in attendance, the canteen was for everyone in the first year, and like everything in the castle, it was large.

“Let’s see what’s on the menu.” Blake was always excited when it was lunchtime especially since he got into the main school, his love for food was among the reasons, but it was mostly because of the main school’s system of serving food.

When he was in the preschool, they had to stand in line because to get their food, but now all he had to do was touch the orb at the center of the six-seater table to check the menu before making an order.

“Now no one will know the number of servings I have eaten.” Blake grinned as the aroma of the turkey and roasted Sweet Potato Risotto, wafted into his nostrils.

After having his fill, Blake headed for the next class, which was his forging specialization class.

“I thought it’s meant to be in the forge, so why does the schedule say classroom.” He confused about the venue, but he decided to follow the schedule.

When he got to the classroom, he was disappointed to see that it was a combined class. He didn’t like crowds because a lot of things could go wrong.

A few minutes after he was seated, a warp gate opened in front of the class and a short, muscular man that was in his fifties stepped out. His hair was gray and plastered on his face was a frown.

From that look alone Blake knew that forging class would be a bumpy ride.

“I am professor Tacitus, and I will be handling forging specialization.” Professor Tacitus glanced at the students with contempt written all over his face before he continued.

“Some of you may be wondering why we are having a forging class in a classroom instead of the forge, well the answer is that you all are wimps. If you wimps are taken to the forge there will be multiple explosions before the class is over.

That is why you have to be educated on what and what not to touch in the forge.” Professor Tacitus said while glaring at the students.

‘What a temper! The only good thing is that his anger is generalized and not on a particular group.’ Blake thought.

“Hey, you stand up!” Professor Tacitus pointed at Blake with his frown deepening.

‘How did he know what I was thinking.’ Blake was surprised by the professor’s command.

“Not you, the one behind you.” Blake turned and saw a noble kid laughing behind him.

‘Phew… that was a close one… I almost thought he could read minds.’ Blake was sweating balls; he couldn’t help but heave a sigh of relief when he was told to sit.

“What’s so funny!” Professor Tacitus stared at the kid with a soul-chilling gaze. 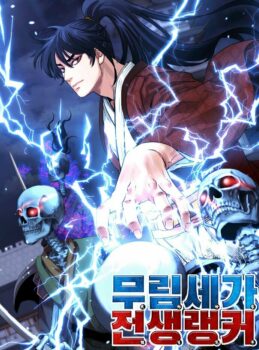 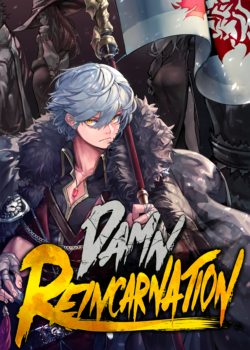