Blake’s scream jolted Castiel back to his senses, but before they could move, a man with jet black permed hair, wearing a red tuxedo ran out of the woods.

It was the announcer of the Zetron gaming competition!

Immediately Brian sped past them they followed suit, they didn’t bat the announcer an eye.

The black morgs stared at their prey with bloodshot eyes

C’mon! Blake cursed his bad luck as he ran for his dear life.

The morgs had no intention of letting their prey getaway, they quickly chased after them.

Leading the charge was the darkish-purple morg.

Its muscle mass and tusks were bigger than the black morgs behind, the large amount of facial hair at the top of its hair made it look extremely fierce and vicious.

This was the Chief of the morgs and he was in charge of the hunt!

When they looked back, they saw the announcer trying to keep up, while the chief morg was gaining on them.

Shit!… Blake’s heart began thumping when he saw this.

They immediately employed the technique of weaving through the abnormal trees and leaves, in order to widen the gap between them and the morgs.

It was a great plan at first; it reduced the speed at which the black morgs were catching up, but it was not so useful against the chief morg.

Due to its powerful muscles and its years of experience in hunting, it was easier for it to meander through the trees and catch up to the group.

the chief morg targeted the weakest link of the group, the announcer.

He was not fast enough and couldn’t keep up with the teens, thus lagging behind.

When the chief morg got within range, the announcer screamed “hel…”

Before he could complete the word, the chief morg lowered its tusks and slammed the announcer to a nearby tree.

The sound of bones cracking echoed in the forest.

Most of his bones got fractured and dislocated when he hit the tree, but before he landed, a black morg slammed into him, again!.

Damn!… Blake was shocked out of his wits by how ruthless the morgs were.

He didn’t dare slow down, because the chief morg was still hot on their trail.

You are making the morgs hunt easier by staying together.

“We have to split up or we get eaten!” he said with a stern.

The trio glanced at each other when they heard me.

“No, we will be picked up easily if we separate” Castiel immediately rejected his proposal and Brian nodded to it.

“Suit yourselves” he decided to place his chances of survival on the system.

When he saw the instruction of the system, he immediately broke out from the group and headed east.

Both Castiel and Brian was stunned by Blake’s answer, but they still had no plans of splitting up.

Blake’s action of splitting up confused the morgs behind them.

The black morgs collided because they had their eyes on different prey.

The collision helped widen the gap between Blake and the boars, but the chief morg did not fall for such a silly trick.

“Grrrrh!” Still running after Castiel and Brian, the chief morg grunted when it saw its subordinates fooling around.

To Blake’s greatest surprise, the two boars that crashed into each other locked their vicious gaze onto him after being disgraced in front of their chief.

With an unquenchable flame of rage burning in their eyes, they increased their speed and chased him with greater vigor.

Things became personal when this puny human disgraced them in front of the chief.

So much for following the system’s advice… he sighed helplessly when he saw the black morgs charging at him with bloodshot eyes.

Although a gap was created when the collision occurred, he didn’t dare reduce his pace one bit.

Just a minute after the collision, Blake’s breathing was getting heavy and the black morgs were gaining ground.

Although he weaved through the trees in irregular patterns, it consumed a lot of his energy, but that didn’t mean he had run out of energy.

Back on Earth, Blake was obsessed with exercising and keeping fit, unlike most teens and professional gamers his age.

Every morning, he would perform push-ups, squats, sit-ups, and other exercises. After that, he would head out to jog in order to work on his endurance.

Although he made it a habit to work out every morning, he was only doing it to keep fit and not to have huge muscles like those of bodybuilders who had their upper body way larger than their legs.

He knew if things went on like this, the morgs will surely catch up and tire him to bits, but he believed the system had a way for him to escape his current predicament since it told him to head in this direction

When the mutated boar at the right caught up to him, it thrust its tusk at him trying to knock the puny human out In-one go, but Blake had seen it coming.

He dived towards the right, performed a roll, got back on his feet, and continued running.

The morg didn’t get the feeling of crashing into an object nor did it hear the cry of the human.

It let out a low grunt and continued pursuit.

let daddy go and I promise, to never eat pork again… Blake felt despair when he saw that the mutated boars did not have any thoughts of letting him go.

When He saw the second boar still chasing after him relentlessly, he started considering if he should just stand and accept his fate.

That was when he heard the sound of water crashing down on rocks.

Yes!… He finally found a chance of surviving the morgs relentless chase and he was ready to throw everything on this chance.

He immediately changed his direction and ran towards the source of the sound.

After less than twenty seconds of running, the sight of water crashing down on rocks and making its way into the lake came into view.

The water body had no tributaries, but surprisingly, it was not overflowing its banks.

[Jump into the lake] the system instructed him with its mechanical voice.

Blake didn’t put the weirdness of the lake into consideration. He quickly ran towards it with his last bit of energy.

Although he put his last bit of energy into the run, his speed was still slow and the morg was quickly catching up to him.

When it was within range, it lowered its head to rammed into Blake.

Although its actions were predictable, it was not easy for Blake whose energy was almost depleted to dodge the attack.

Blake was already close to the lake and he knew that he could not dodge the boar’s charge, so he dived forward.

When the system displayed the last message, a gray hue in for of a dome covered Blake.

The black morg rammed into Blake, but he was protected by a gray barrier.

Although he was unharmed, the impact propelled him into the lake, but the morg could not get close to the lake, It seemed it was afraid of the aura coming from the lake.

Its clansman arrived at the lake, it stared at it with anger written all over its face.

The puny human that disgraced them had gotten away; they would be laughing stocks when they returned to the swine.

It was unacceptable! They would wait for him!

The Black morgs sat down ten meters away from the lake and set their eyes on it, waiting for the prey to come out.

8
To Not Die
8
Ongoing
Mass Released! 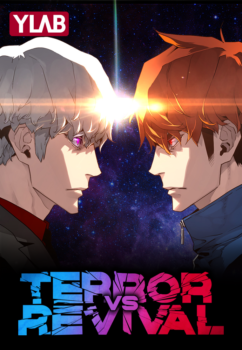